Bruce Hartman founded Hartman Products, LP following a long tenure in Heavy Highway Construction dating back to the 1980’s. He worked on many projects that included building bridges, chemical plants, sewage plants, and generator plants. Some of his work included using Stay-in-Place Galvanized decking for forms for decking on bridges and buildings instead of using the old wood forms previously used. He saw that this process was much faster and less expensive due to the decking staying in place and not having to be stripped.

As a Highway Maintenance Manager for the DOT in the 1990’s, Bruce Hartman understood the need for proper drainage systems that were easy to install and manage as well as being reliable over time.

As the Stormwater Industry advanced in the 1990’s, more and more plastic pipe was being used for stormwater drainage on highways. This HDPE stormwater culvert pipe was being manufactured by Advanced Drainage Systems, Hancor, and Lane Enterprises to name a few.

Bruce wanted to use the HDPE stormwater culvert pipe but was not allowed to use it by his District Engineer unless he built a headwall or endwall on the ends of the pipe, which was very time consuming and costly to do. If he had some skilled people, they would have to form the headwall or endwall on the end of the drainage pipe with wood forms and then pour the concrete. After the concrete cured, they would have to strip the forms. This was usually a 3-day process. He could buy pre-cast ones and set them, but that was costly and dangerous because of the weight of the pre-cast endwalls or headwalls. Bruce was looking for a better solution.

In 2001, Bruce came up with the idea of a plastic stay-in-place form for endwalls or headwalls. Making them from plastic would use some of the same attributes of the plastic HDPE pipe. They would be light weight, reduce the need for heavy equipment, easier, faster and safer to install, and last longer than metal or concrete pipe. As he talked to people in the Maintenance Industry about his idea, they suggested he make it look like hand laid stone for a nicer look which he did. This also made the plastic stay-in-place form for endwalls or headwalls stronger because it corrugated the plastic. These stay-in- place forms are then filled with material to give them structure and weight. This material can be concrete, sand, stone, or even dirt. He named it The HartmanEW System for Endwalls and/or Headwalls.

Bruce then went about the task of looking for help to make his idea a reality. He went to his local SBDC at Duquesne University and asked for help. They directed him to the SBDC at Bucknell University that specialized in manufacturing advice. The SBDC at Bucknell determined the best way to manufacture the product would be to use the rotational mold process for manufacturing plastic. They also helped by making Bruce a small plastic model in their rapid proto-type machine (Now called a 3-D Printer) using drawings that Bruce supplied.

Bruce used this model to make presentations to investors to raise funding to start his company. He was successful in raising enough money to pay for his patent fees, get his molds made for the roto molding process, buy inventory, and have some money left over for marketing. With that, Hartman Products, LP was born. There were 6 original investors that has now grown to 10 investors.

Bruce then traveled around the country, working with DOT’s, Public Works People, Golf Course Designers, Parks People, County Engineers, Stormwater Engineers, Civil Engineers, and Site Engineers to introduce them to his new product and work on the process of getting them to use it instead of the old pre-cast units or forming them in place. He was successful in getting 8 Dots’ to put it into their approved products lists in various stages as well as getting people in the golf course industry and park industry to use it. Developers have used it in their developments as well. The HartmanEW System makes a beautiful driveway entrance when placed on either side of a driveway stormwater culvert pipe.

Bruce’s wife Bridget Hartman has also been involved with the business from day 1 and runs the day to day operations of the company. Bridget’s background was in purchasing for locally based large manufacturers. Bridget is President of Hartman Products, LP. The company is located in Pittsburgh, PA where it’s warehouse and office are located. We have inventory in stock in our warehouse and our manufacturer can manufacture a truckload (75 units) within 6 weeks of your order if you are placing an order for 75 or more. All our products have always been proudly made only in the U.S.A.

What are endwalls and headwalls?

What are drainage walls used for?

Why use a drainage wall?

Hartman Products are expertly engineered endwall systems built for dependability, versatility, ease of installation, and quality of appearance. We stand by our products and take pride in the fact that they are made in the USA. 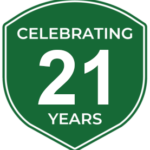